When it comes to varieties of cheese, many of us feel like we don't know Jack. Monterey Jack that is! Although most Americans have tasted this mild, semi-hard concoction, how many know that Jack is an especially American product? How many know the relationship between Monterey, California; Monterrey, Mexico; and Monterey Jack Cheese? It is much easier to consume cheese than it is to learn the ins and outs. But if we leave the cheese-finding process to our tummies alone, we will be trapped without a rationale for why we eat the cheeses we eat.

That's why we promote the use of the brain in evaluating cheese. The smarter the selection, the better the cheeses one can fill their life with. We find that the more informed consumers make the best cheese buying decisions and subsequently enjoy their cheese much more if they have some background knowledge on what exactly makes a Monterey Jack cheese a Monterey Jack cheese.

So let's fill those heads before we fill those bellies and tackle some of the most frequently asked questions we receive about Monterey Jack cheese.

1. What Exactly Is Monterey Jack?

Monterey Jack is a semi-hard style of cheese that originated in America. Usually pale white and made from cow's milk, Jack comes in a soft variety that is not aged much longer than a month, and a dry variety which is better for shredding due to being aged for six months.

Do not confuse this with "Monterrey Jack", an incorrect spelling resulting from confusion over the city in Mexico. Jack cheese's full name is Monterey Jack. It was first made by Franciscan friars in Monterey, California. Monterey, CA lent the first part of its name to the cheese.

The "Jack" in its title came from the businessman who sold the friars' cheese to the common man. This businessperson was named David Jack. It was his cheese that quickly became known as "Jack's cheese", then later "Monterey Jack cheese" and now just "Jack cheese".

Texans claim that Jack cheese was created when a husband and wife were preparing dinner together and one dropped peppers into the other's melting cheese. Texans are infamous for claiming many things originated in their state. So we say take the story with a grain of salt.

Some evidence exists that people who suffer from migraines when they eat cheese might avoid them by eating types of Jack cheese. It is not true that Jack serves as a migraine cure. However, most cheeses contain tyramine, an organic compound associated with headaches. Jack contains a relatively low amount of tyramine, meaning that if tyramine triggers your migraines, then Jack may provide you with a way to eat cheese without your skull punishing you later.

4. Where Can You Buy Monterey Jack Cheese?

Monterey Jack cheese can most likely be found at your local grocery store. However, if your town happens to have a fromagerie or other specialty cheese store, you will be sure to find more Monterey Jack options there. 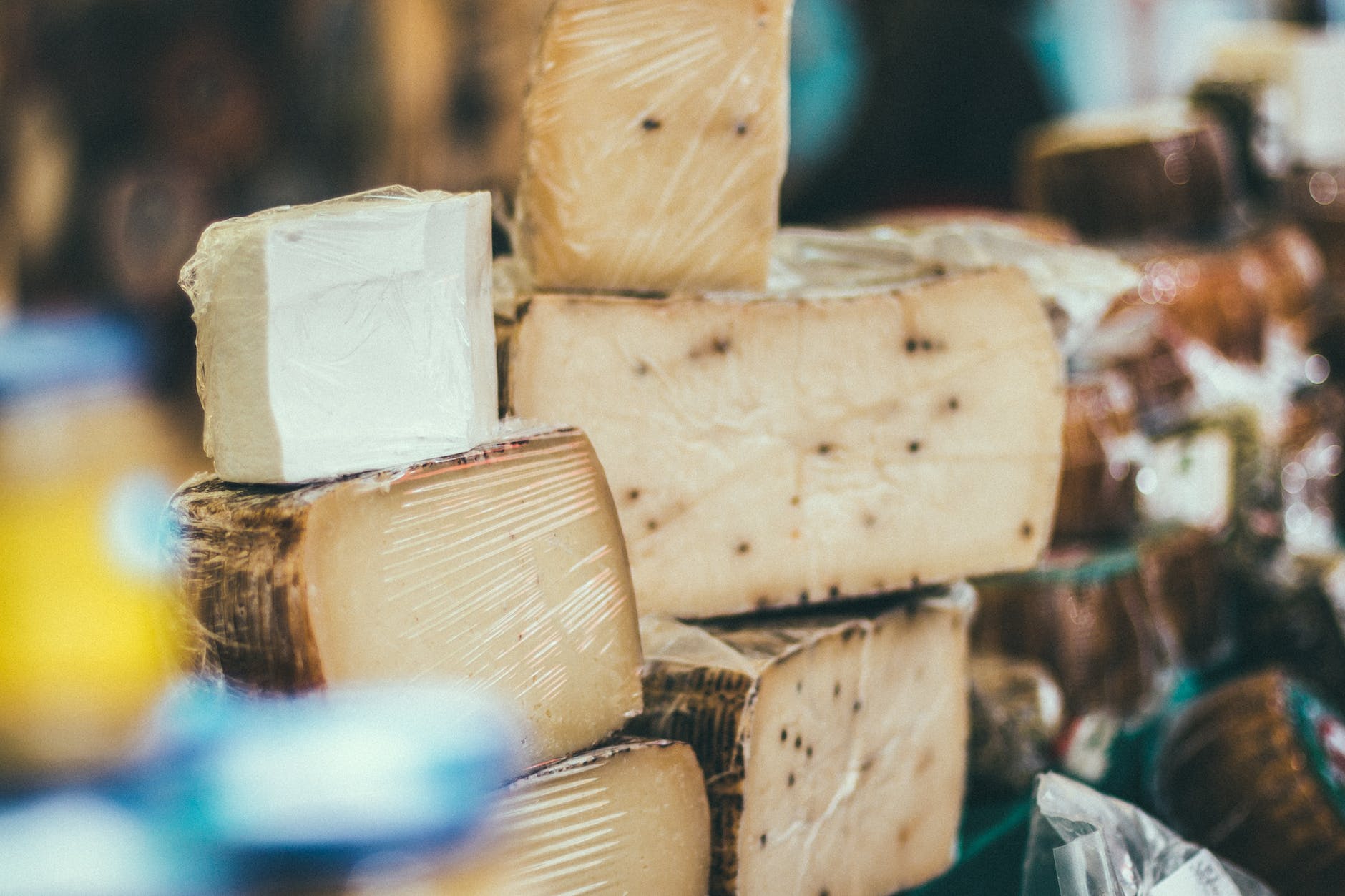 Cheese is serious business. We know many migraine sufferers reach for Jack due to its headache-preventing properties, and thus we understand the stakes for such a venture are higher than just taste. In reviewing the types of Monterey Jack we evaluated each product's distinct features, production notes, pros, cons, price points, and brand reputations.

The quality and rarity of the Jack cheese will greatly determine its price point. However, we have found that on average you can expect to pay around 50 to 60 cents an ounce. Some cheeses of this type will cost considerably more, and these are better suited to occasional cheese trays than for everyday melting.

“Watergate, more like Applegate Sliced Monterey Jack Jalapeno Cheese”, that is what your party guests will be saying at the next party you host due to the absolute knock-off-your-socks quality of this cheese. Mild and creamy, you can't be less than dress-to-impress with this under your belt.

This natural cheese is created from rBGH-free milk. There are no artificial or GMO ingredients in it. Additionally, it is gluten-free and humanely raised, so you really can't go wrong with this cheese even if you are a so called tree-hugging hippy.

Creamy and dreamy, this cheese has a great texture.

Everything from the company of Tillamook is great, so you can expect no different from their Monterey Jack cheese. Tillamook is never going to knock your socks off with its flavor, but if you are on a budget and cannot stand the taste of cheap cheese, then this is a great choice.

The texture, flavor, and scent are always much better than you would expect.

The texture has the cheese feel of cream and substance that you know you love.

The added spice is on par with that of the Spice Girls. Jalapenos add a hint of flavor that makes the whole cheese taste worth it. You can expect this cheese to live up to its name for certain.

While this cheese is not a gourmet cheese, it does have flavor that is out of this world for a consumer like the American public. Reviews describe this product as “tasty!”

The flavor is great on this hunk of cheese. You may want to run down to the store and buy this before everyone else reads this review and gobbles it all up.

Tart with a hint of that special cheese flavor, we know why this cheese often runs out of stock in the local stores.

The texture is crumbly and harder than most cheese. It has a mouth feel that you might not expect.

Coming all the way from Joseph Farms, this Monterey Jack cheese is one you might not want to miss if you love that your cheese comes in large amounts. Reviews always mention the size of this block.

The flavor is about average for a cheese of this stature. So if you want that full flavor taste then you might want to skip this guy and go for the more gourmet cheese.

Boy, have you never had a dry Jack like this before. The first slice may not impress you, but the second and third slices certainly will. The more you eat, the more you will like it.

Consider trying this Jack with some friends because they will love the flavor as well.

The texture is typical of a dry Jack cheese.

You might love a creamy Jack, and this might be the cheese for you. It is organic for anyone that loves that feature and the texture is really great!

Some like it hot and some like it creamy. You will find this cheese to be dreamy. Poems for cheese lovers aside, the flavor on this block will impress you due to the heat and bold taste.

The cheese is from Wisconsin, so the texture reflects that.

The key features of this product include the great texture and the safe practice of the company. The cheese is organic and made from raw milk; these are big pros on our list.

Organic cheese as it turns out has about the same text as regular cheese, so you can expect that the texture of this Jack will impress.

Made right in the New Braunfels Smokehouse, this smoked Monterey Jack does not skimp on that smoky flavor. You may have thought pepper or herbs or even marblings of other cheeses were what Monterey Jack needed. Well, this smoky flavor will have you thinking twice about the best.

The texture might be more towards dry Jack by the time it reaches you. That just means it is time to get shredding.

Even though it does not meet the qualifications for a “gourmet” option, we found that our favorite of these cheese was… Heluva Good!'s Monterey Jack with Jalapenos. The extra shovels of heat from real jalapenos greatly outclasses the competition, and it turns out that its creaminess is the perfect counterbalance for its added spice. Give this cheese a try!

Featured Image by PDPhotos from Pixabay

Next post
5 Most Popular Types of Beer Of All Time 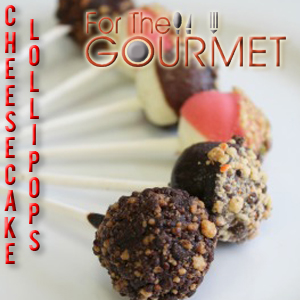